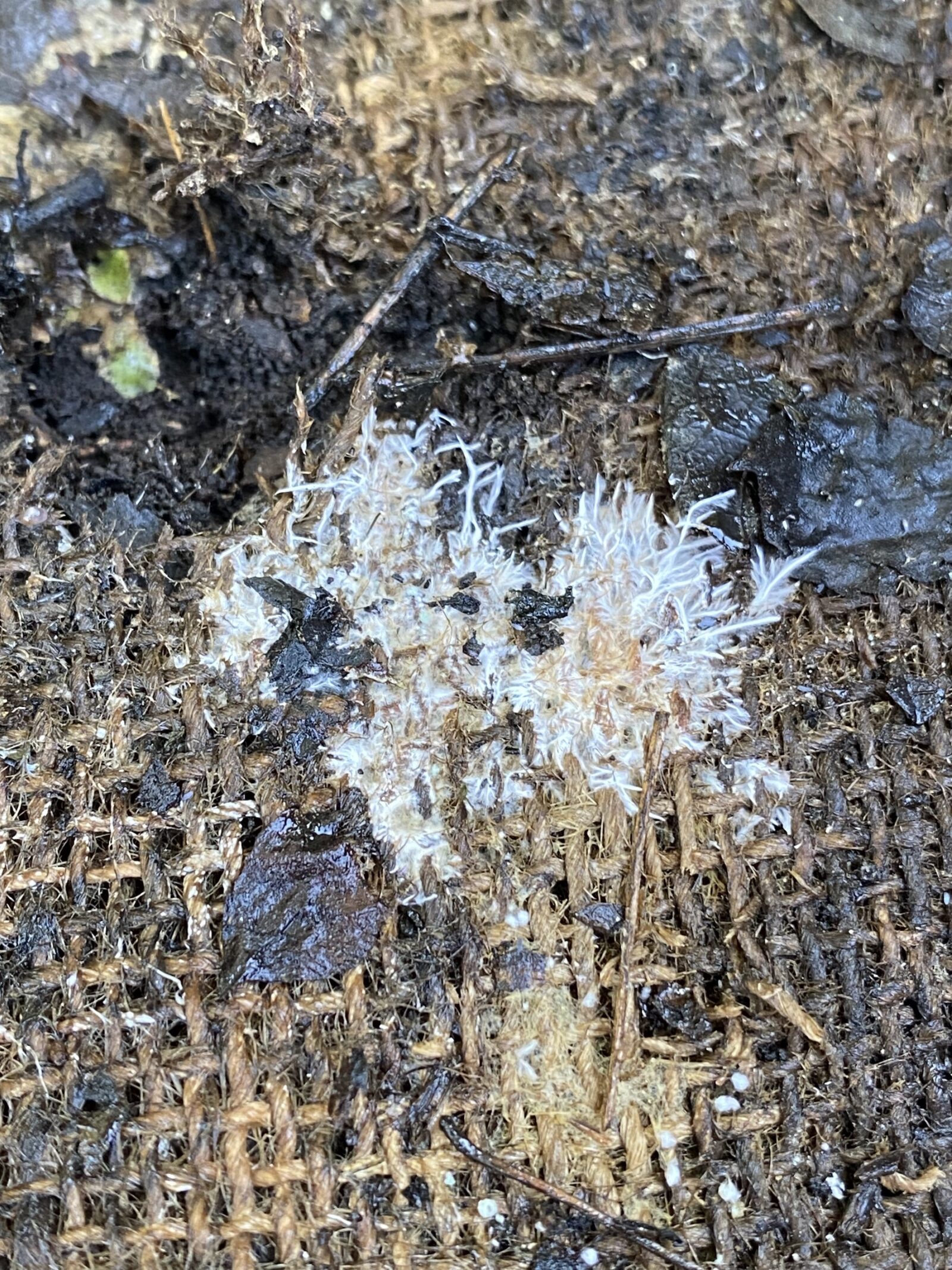 Hessian sacks are by far my favourite free resource. I get them by the boot load from a large local coffee importer and roaster, they have become my go to fungi feeding, moisture retaining weed mat. 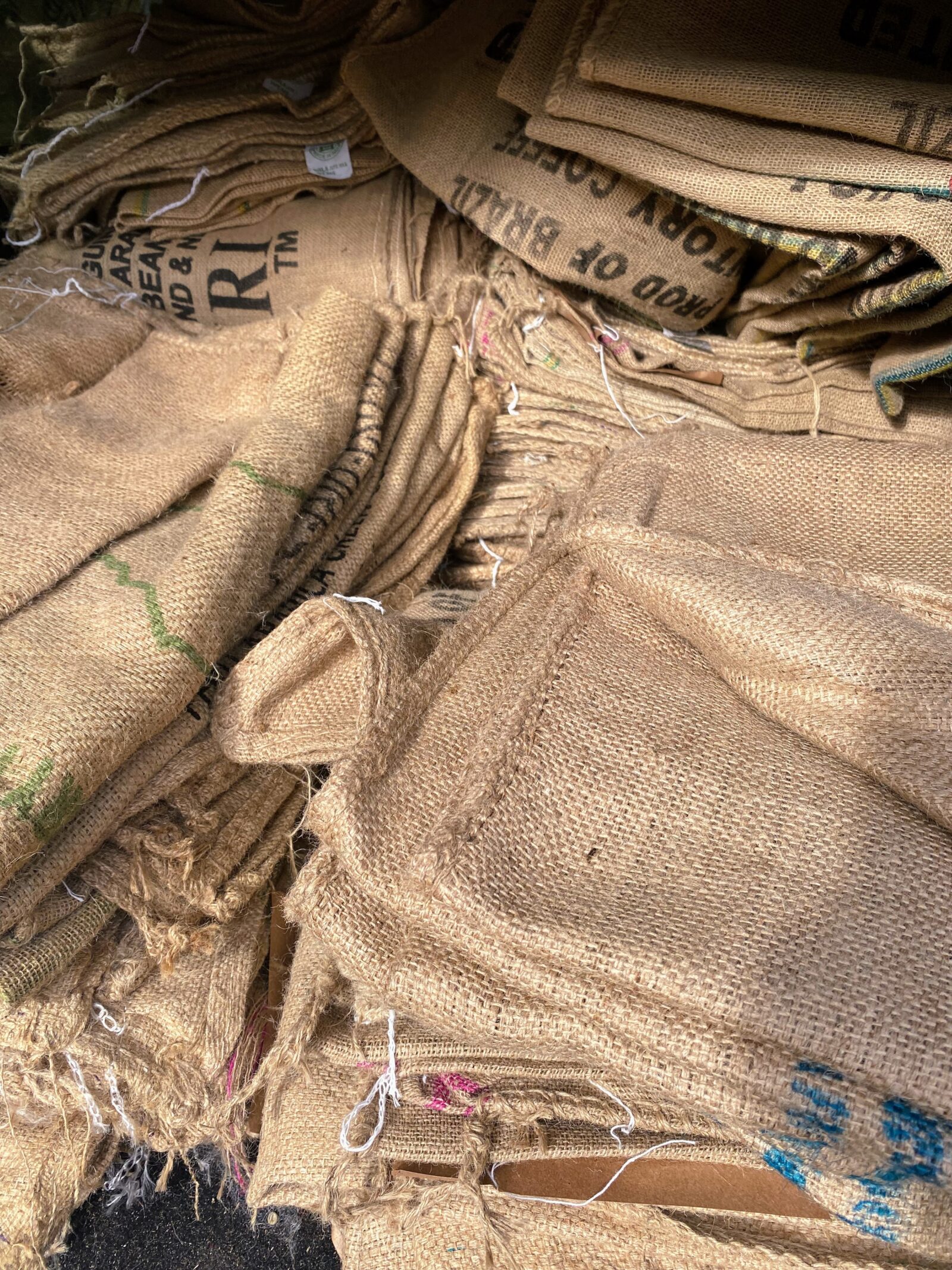 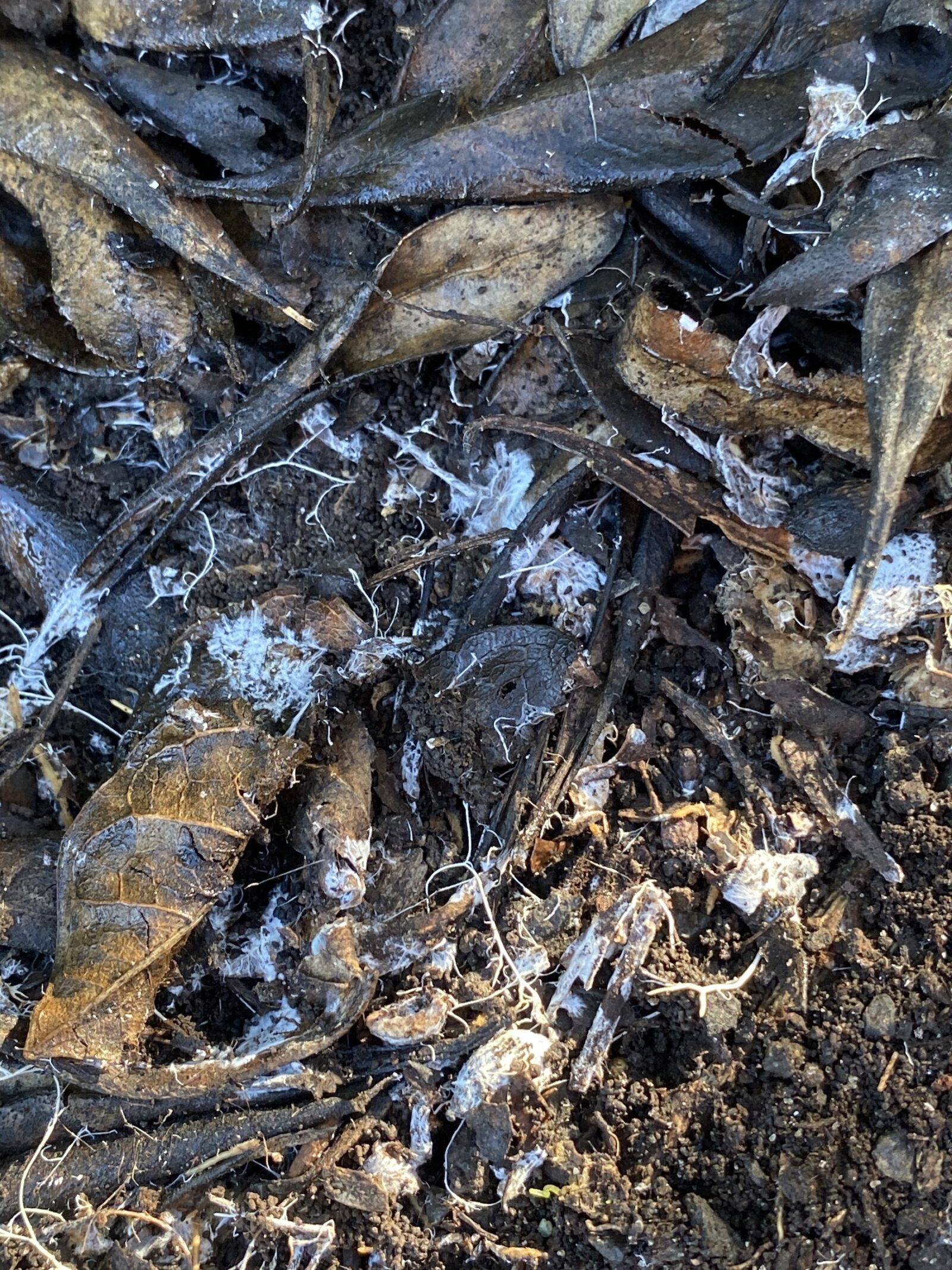 Above: in combination with a bio-activated leaf mulch hessian sacks lock up moisture and explode with mycelium threads at a relentless pace. This layout was deployed in the middle of summer and even with the endless long, hot dry days decomposition continued without trouble. 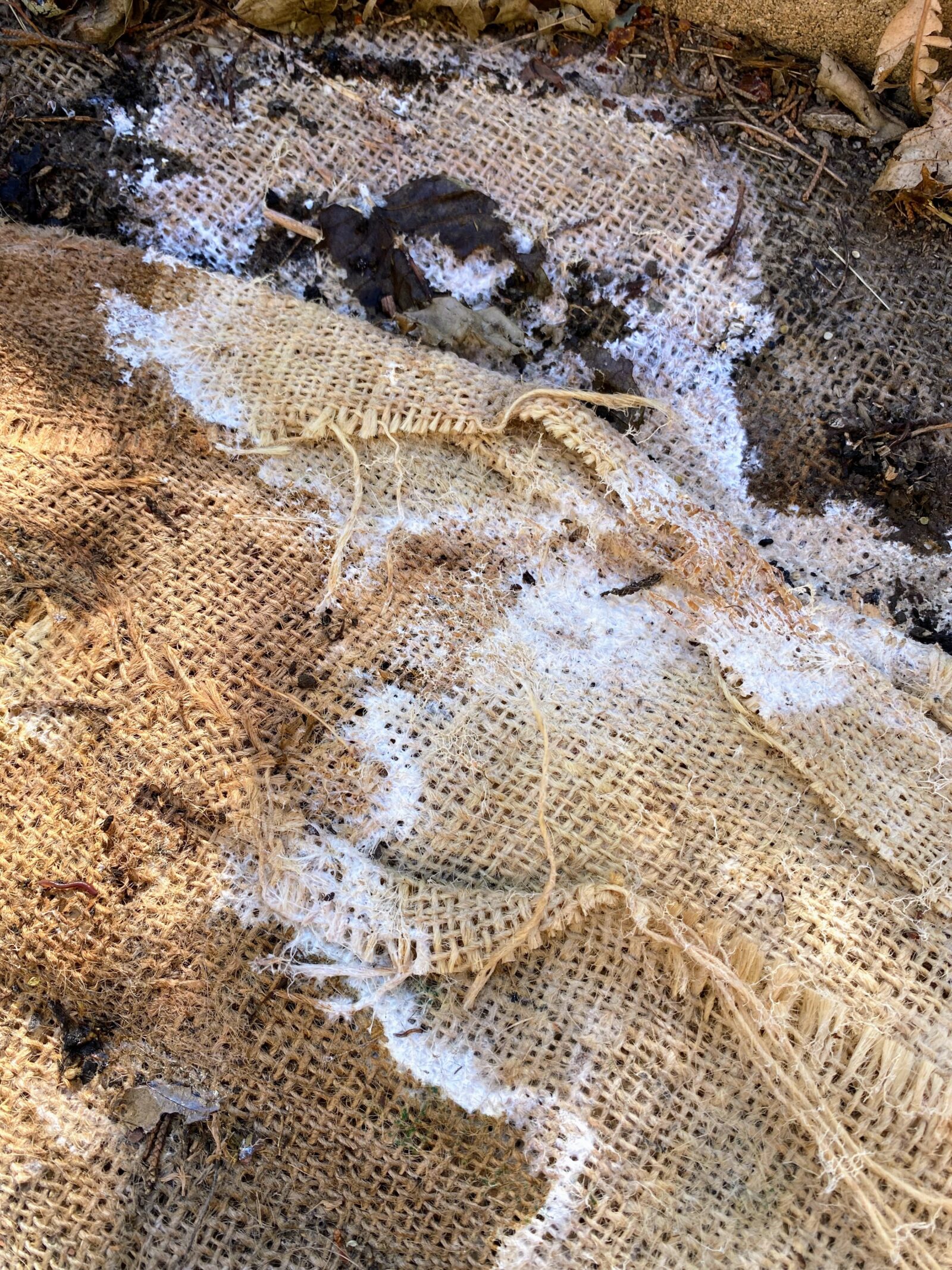 Above: result of log rounds sitting directly on the hessian (roughly 8 weeks). 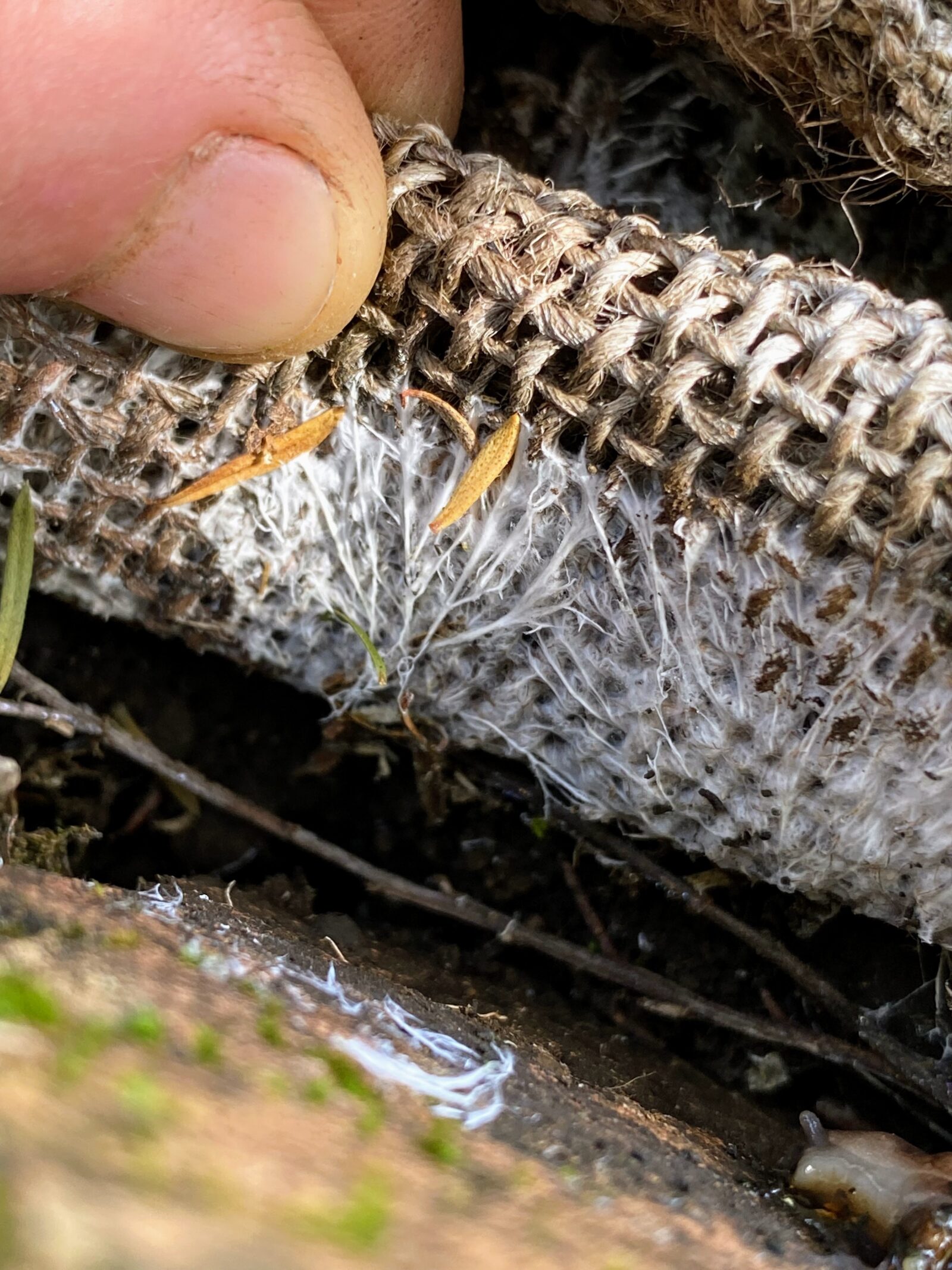 Above and below: Hessian straight on top of the humus layer as a simple weed mat, moisture retainer 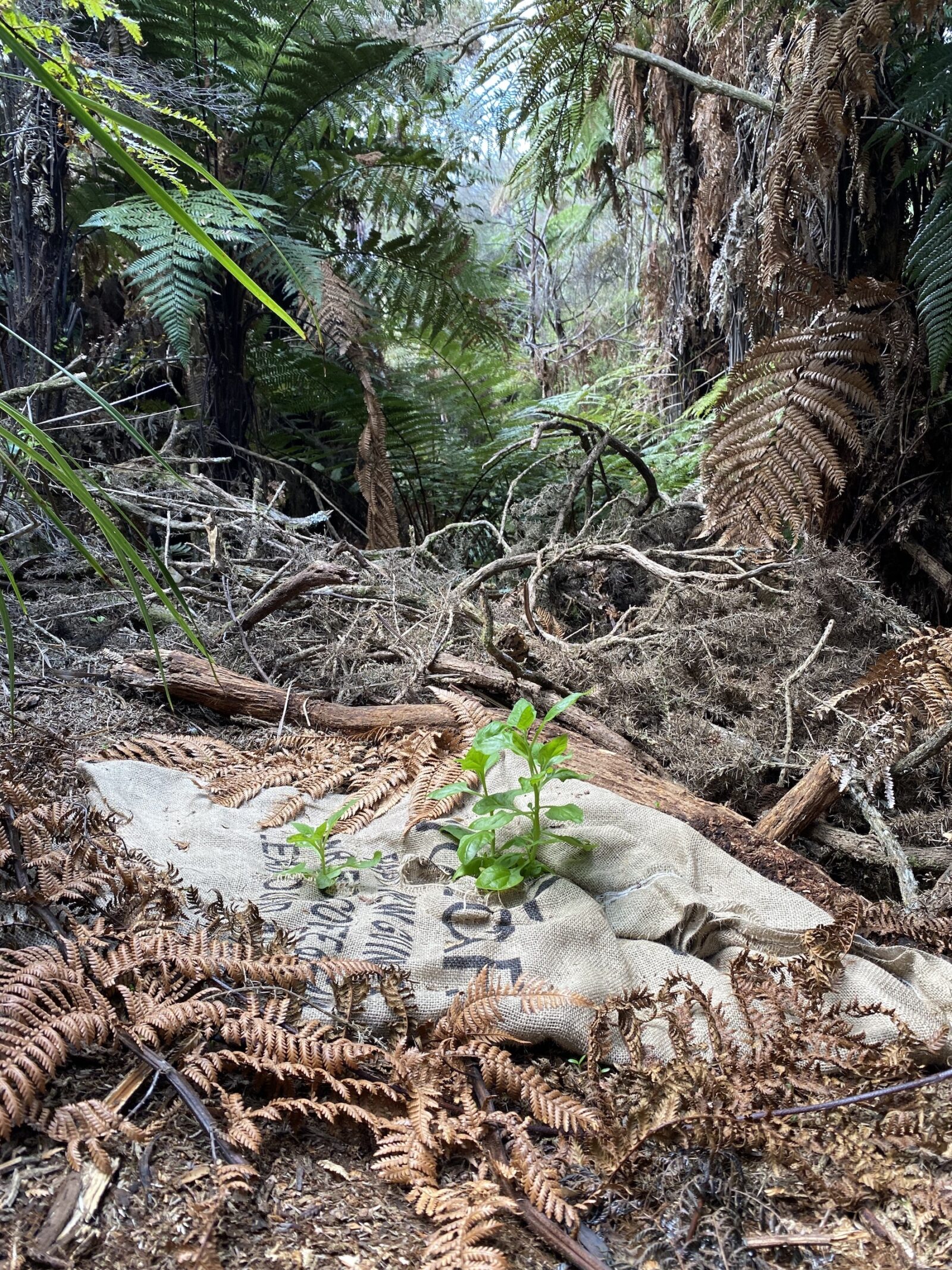 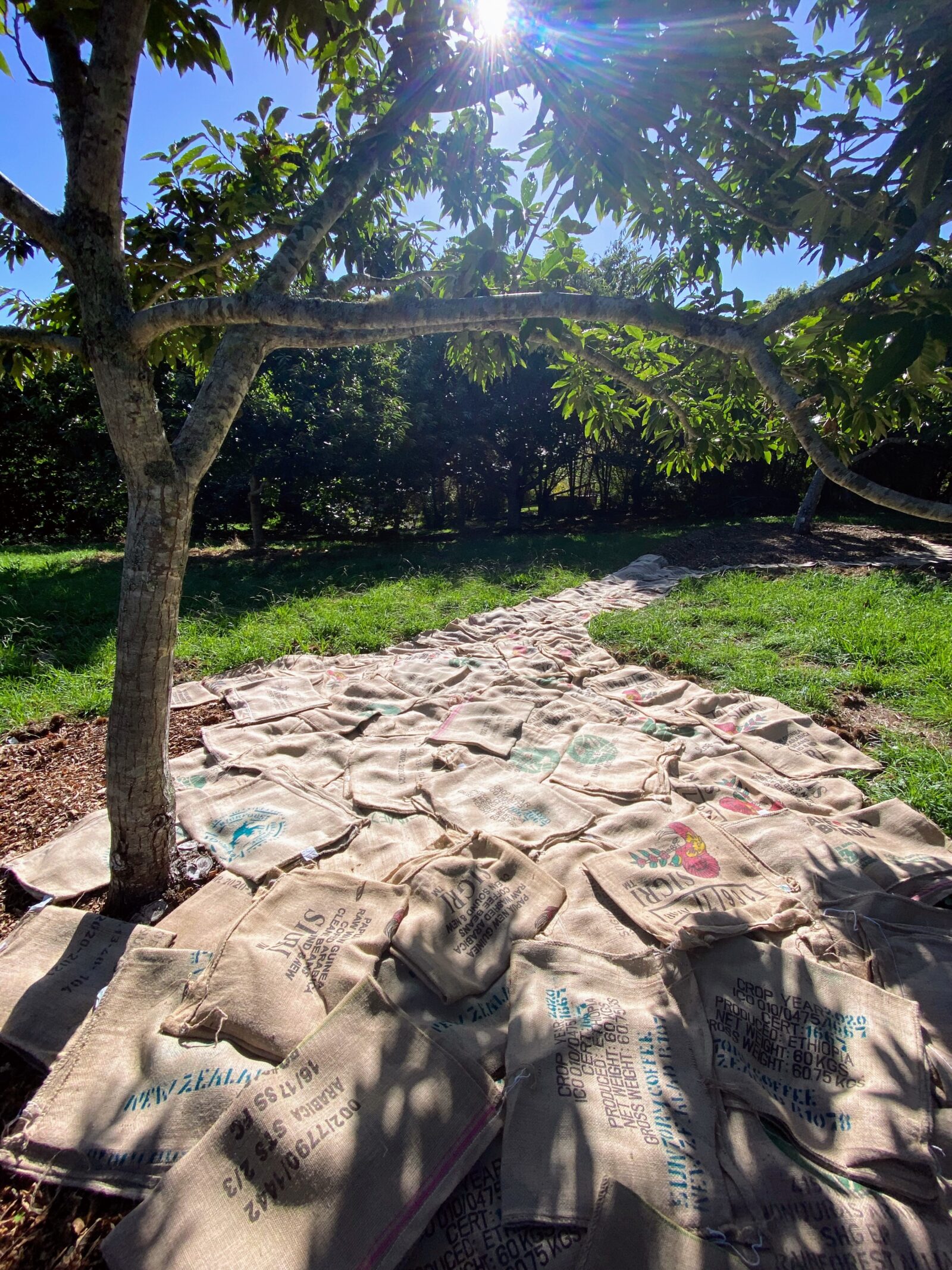 Above: In soil devoid of organic matter a mixture of leaf and woody mulch is layered with hessian sacks, roughly to contour and in areas sculpted to hold water in ephemeral swales. This is intended as a expedited system to enrich soil and hold water for longer at a high point in a chestnut orchard.

Below: Nashi with mulch/hessian/mulch layering (pre final layer in photo), to be extended out to the trees drip line eventually. 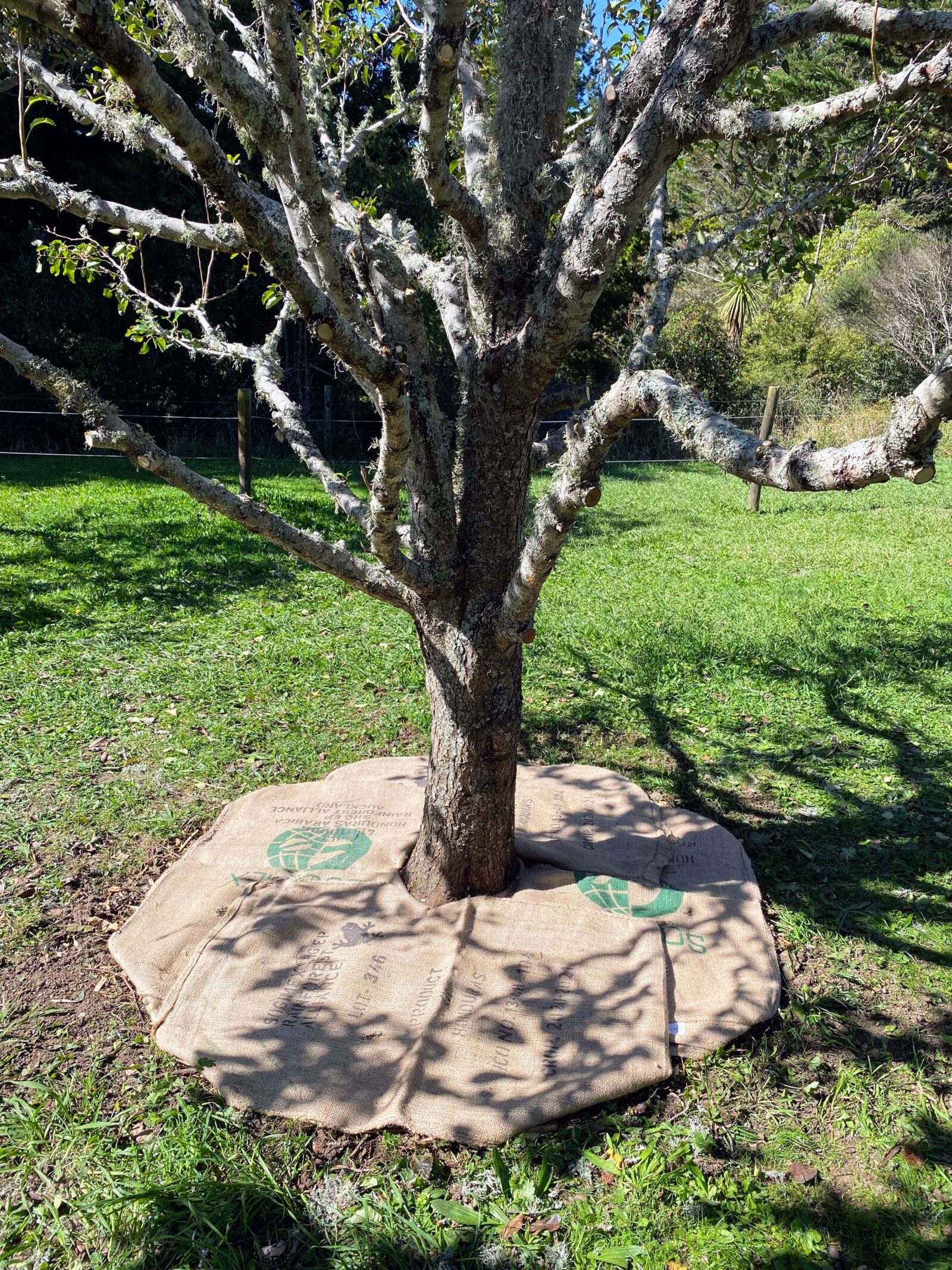 Thank you coffee drinkers of Aotearoa.