This is a 4 hectare section where we will be employing permaculture based techniques to manage and maintain the land into bio-diverse prosperity. Currently the property consists of a 25 year old chestnut orchard (100 or so trees), a smaller fruit and nut orchard, grazing fields and strips of native and exotic riparian planting. All of this is bordered by a relatively new subdivision to the south, a small stream to the east and a larger tidal creek that runs west to north into the Manukau Harbour. 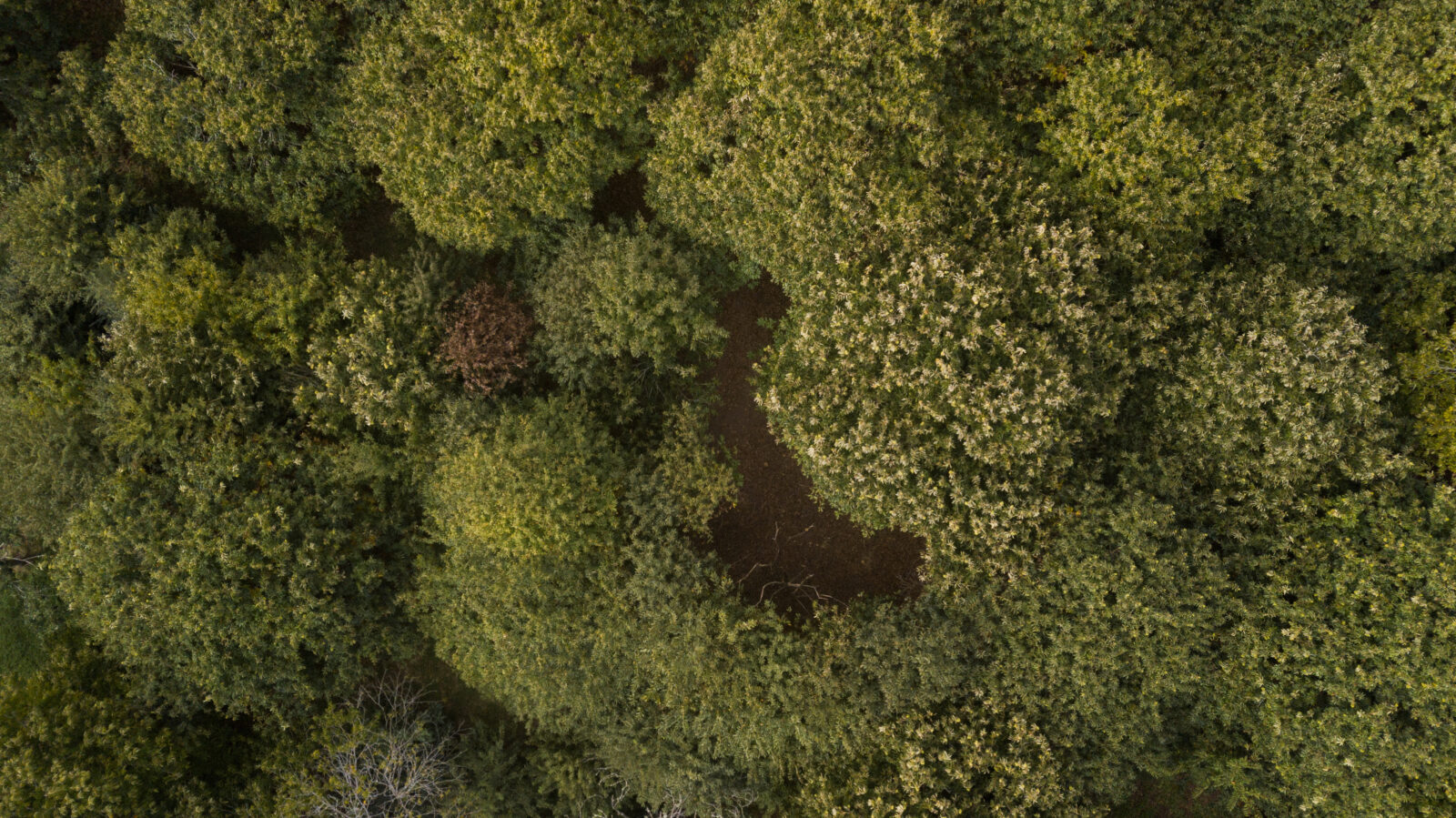 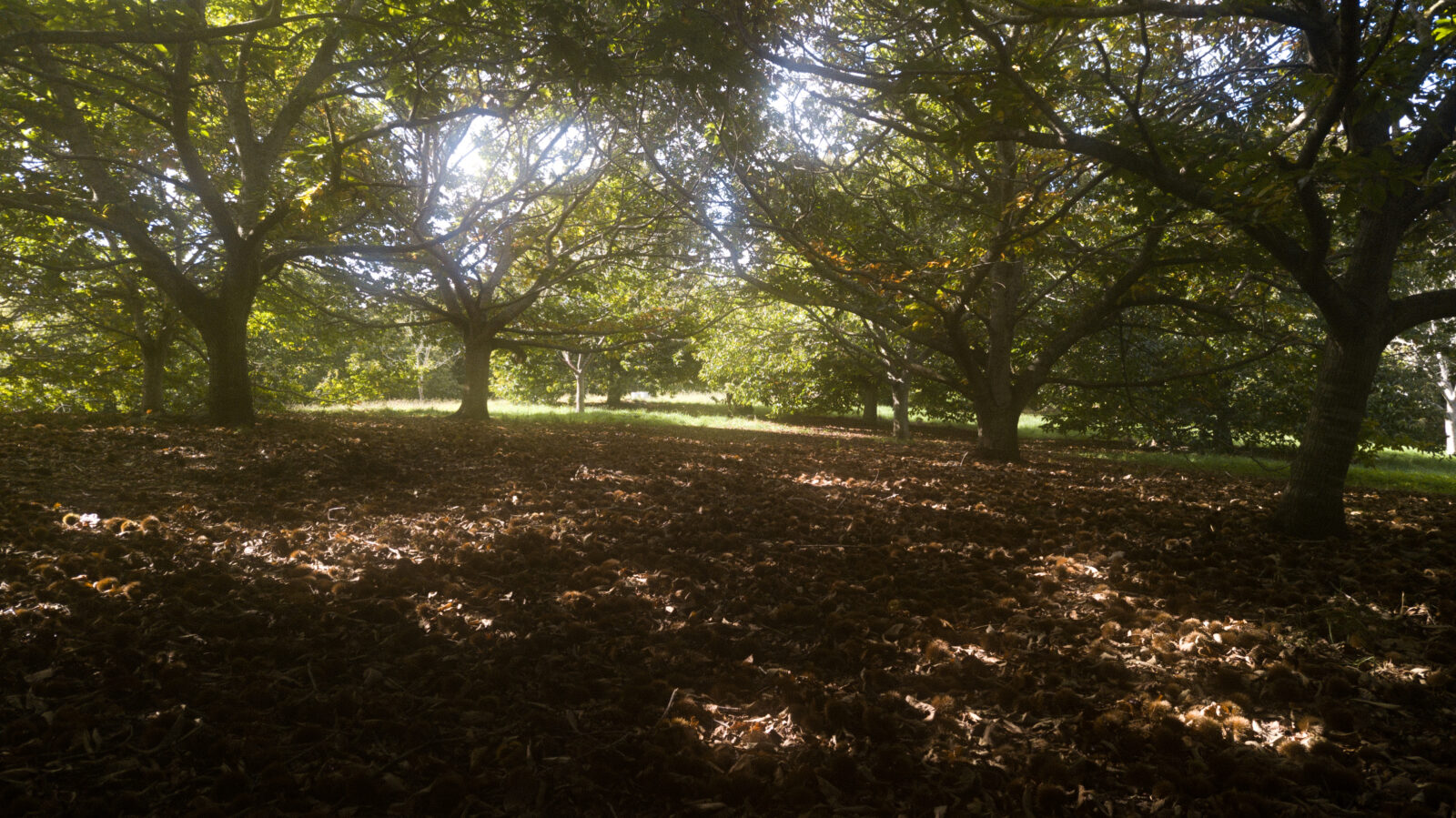 Above: Developed chestnut canopy layer with an abundance of chestnut burrs on the ground below.

Below: Freshly mulched free seeded chestnuts steaming away in the morning sun. This wonderful product is being used property wide to lock moisture into and above the soil, suppress weeds and rapidly create a rich humus layer. Consisting of leaf, twig and wood chip it almost instantaneously begins a fungal decomposition, evident by meandering hyphae network.

Before jumping into what we will be tackling on this property I think it's important to acknowledge the wonderful work and foresight of David & Su, who, in an area almost entirely dedicated to monoculture for stock and thoroughbred, took to the massive task of plating hundreds and hundreds of trees. This is jarringly evident on a domestic flight into Auckland where farm after farm is suddenly disrupted by the undulations of the chestnut canopy and emergent pines! In the years to come I believe their gamble to do something different will be the envy of many farmers who will only have grass to show for decades of intensive farm management. 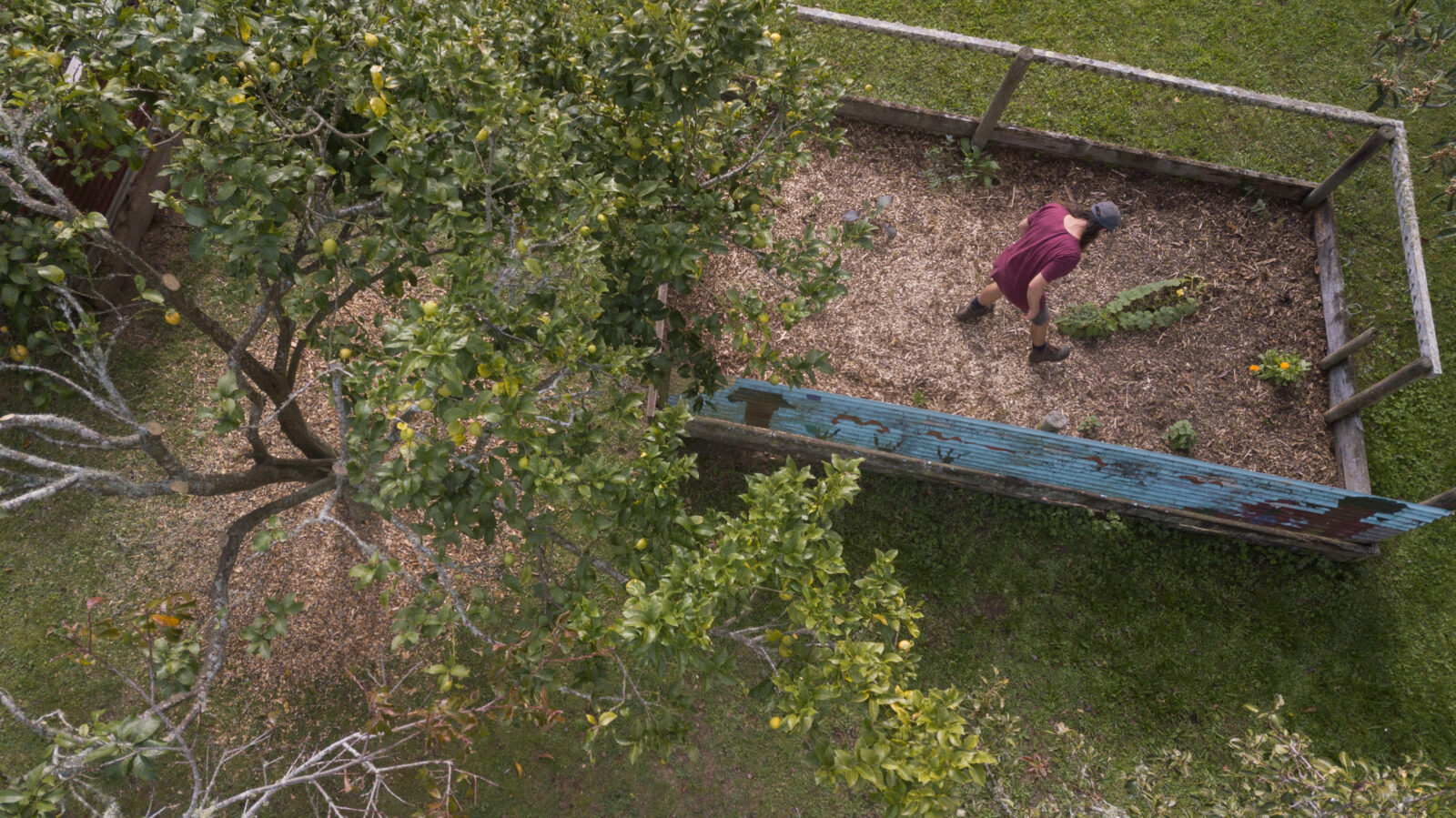 Beyond the initial intensive mulching I will be developing a system for amending soil with liquid fermentation soups. These will consist of animal manure from on site as well as various green crops and dynamic accumulators planted and harvested over the coming months.

Possibly the biggest job (at least for the first year) will be controlling invasive tree species. Specifically Chinese privet (Ligustrum sinense) and Woolly nightshade (Solanum mauritianum). While we can and will work to control these species, allowing mainly natives to take back their rightful space it will continue to be a problem. In Kingseat and the wider South Auckland area farmers seem to take little to no action on these problematic plants despite their cumulative negative effects on stock, soil and insects. Community education will play a key long term role if this battle is ever to be won.

To a much lesser extent we also have Great Barberry (Berberis glaucocarpa), Blackberry (Rubus fruticosus) and Gorse (Ulex europaeus) to deal with, but these actually have some redeeming features. 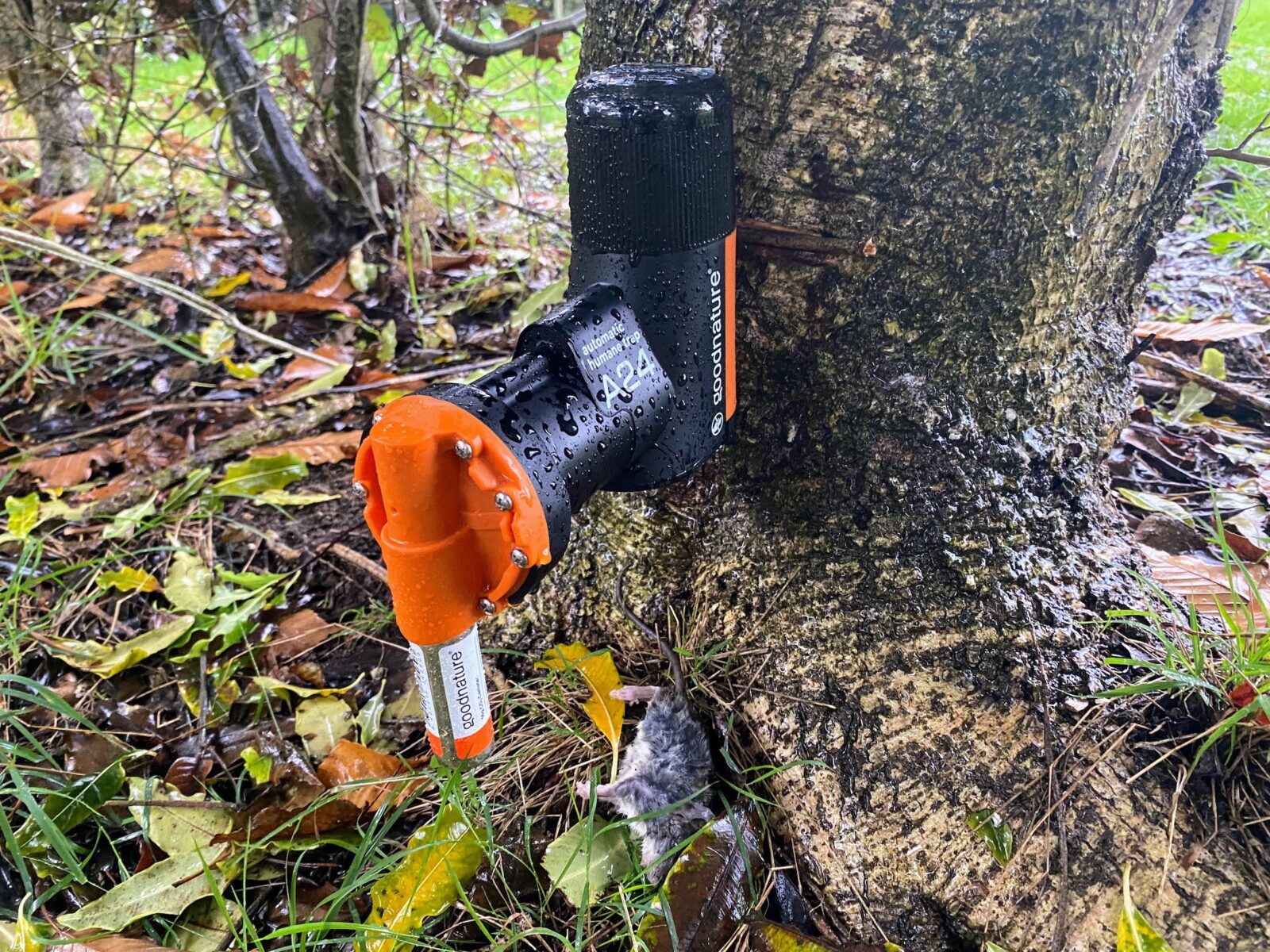 Above: So far 5 A24 Rat & Stoat traps have been deployed on the property.

In close second is the populations of rats, possums and rabbits. Due to the abundance of currently unharvested chestnuts, rats in particular have an abundant food source and can be seen traversing the orchard trees like a road network all through the night. Trapping, poison and possibly low calibre shooting will be employed to bring their numbers down. Possums need no introduction here in NZ and with continuous evening culls and trapping their numbers will rapidly drop. Carcasses will be buried around future planting sites as a slow release fertiliser and plucking of the fur could provide a nice monetary boost to cover the cost of eradicating the other problem species. Controlling rabbits is probably the trickiest and highest priority pest task. Not only do they breed incredibly quickly, they often do so at a higher rate when pest control is engaged. In Kingseat they are also breeding with domesticated species. Sadly when people get bored with their pets they often abandon them in rural settings (thankfully no feral cats have been monitored to date). Although cute, rabbits cause a lot of ecological destruction. To keep their teeth maintained they will seek out trees, often ring barking and killing them in the process of keeping teeth sharp and to length. Then there is the burrows they dig at will and the pasture and leafy greens they consume almost constantly. Sustained small calibre shooting will be engaged to eradicate this destructive species.

Now the real fun stuff! As this project is ramping up going into Autumn/Winter I'm busying myself with intensive pruning on various fruit trees. Many of the trees have been left to their own for extended periods, exhibiting some disease, overcrowding and structural failure. It's an incredibly rewarding process managing them back to frameworks that will successfully bear fruit well into the future. Throughout this process it becomes clear what is doing well, what isn't and what can be added to aid the overall health of the ecosystem. Following this process the design and implementation of new planting and guilds to aid in plant/tree health and soil fertility will be undertaken. This in itself is worthy of its own project update and I will do so when the time comes. 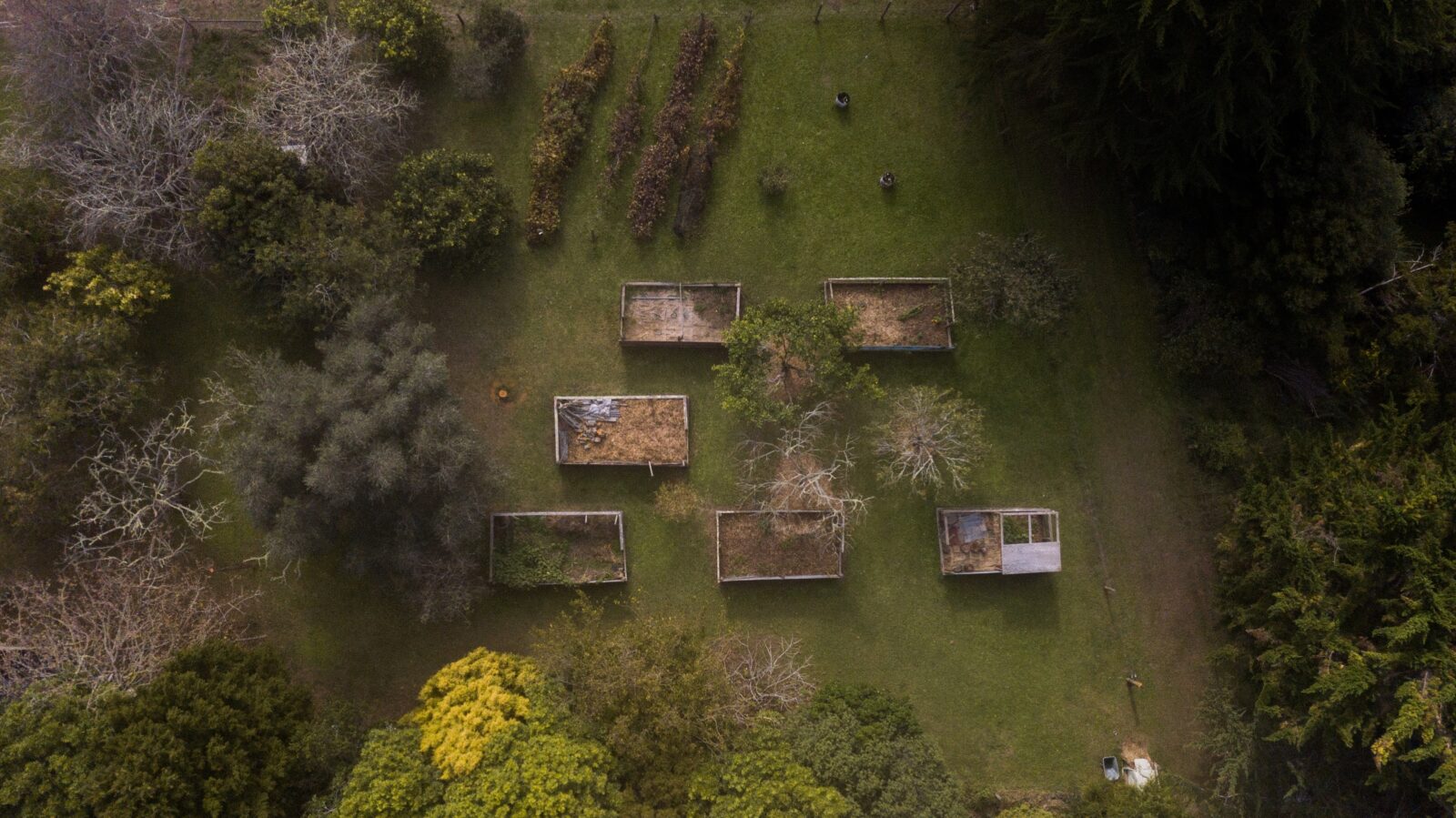 Above: Existing garden beds within the fruit orchard. 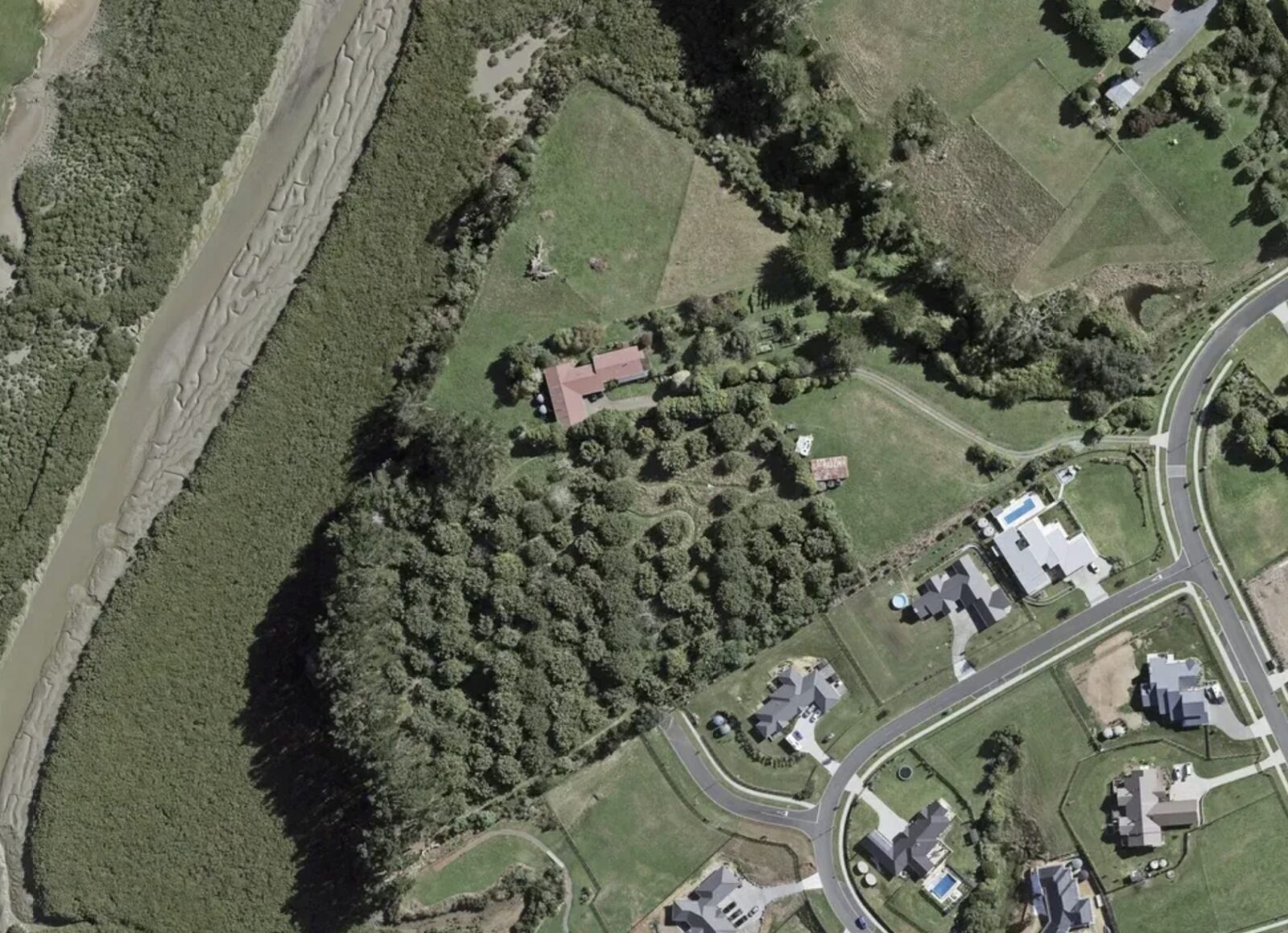 Above: Satellite overview with surrounding subdivision, farmland and tidal creek.